lunaticg 7:51:00 AM
Heritage Auction present a large and important gathering of tokens and medals from two dozen consignors in Long Beach Expo Tokens & Medals Signature Auction on June 10 & 12. The Auction led by more than 600 lots from the incomparable Eric P. Newman Numismatic Education Society and another 400+ lots from The Rev. Dr. James Gore King McClure Collection. 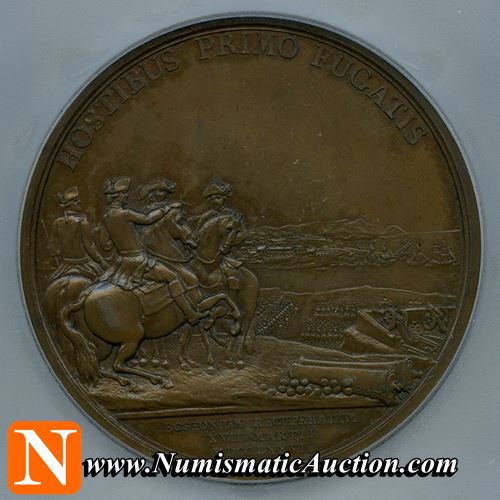 A Signature Floor Session on Friday, June 10 at 10:00 a.m. (PT) will offer live floor bidding, while a Signature® Internet Session on Monday, June 13 will complete the offering.


One of the multiple surprises found in the Rev. Dr. James Gore King McClure Collection was the astounding attention to detail in the tokens and medals segment of the collection. There is literally something for every exonumia collector, most in high grades. Clearly, Dr. McClure was fascinated with tokens and medals and while it may be inaccurate to say all are rare, most are conditionally so with the typical grades ranging from MS64 to MS67.

The consignor of The Twin Cities Collection of Medals purchased this memorable collection of medals intact several years ago, although the collection itself was put together over a 30+ year span. Primarily U.S. Mint medals, Washingtonia and other areas of medallic interest are included. In all, the collection includes 129 medals, most encapsulated in oversized NGC holders.


We call special attention to the Signature® Internet Session, to be held on Monday, June 13, since many of the token and medal lots will be part of this fast-paced online session. The Cosmique Collection will make up a large contingent of So-Called dollars in the auction, with 130 HK varieties - each carefully assembled with attention to high quality and eye appeal. Many are Gem quality in Prooflike or Deep Prooflike format.

Just a few of the individual highlights in this auction include:


It has been many years since we last had a tokens and medals auction at Long Beach. Such a large offering is truly unusual, and the fact that the majority of pieces come from old-time collections and have never changed hands by public auction or any other means makes this a dream come true for token and medals enthusiasts. This auction is open for bidding now at www.HA.com/coins