First US coin in US Coins Signature Auction

lunaticg 8:56:00 PM
First US coin ever issued under the Mint Act, the 1792 Half Disme will be one of the highlight in the June 4 - 7 US Coins Signature Auction, held in conjunction with the Long Beach Coin and Collectibles Exposition. This example has been graded MS64 by PCGS and is considered to be in the condition census for the issue. 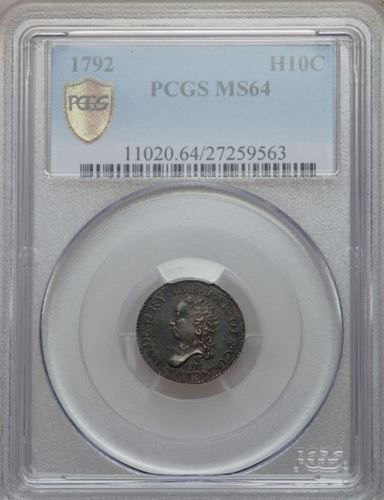 The 1792 half disme enjoys the distinction of being the first federal issue struck after the passage of the Mint Act of April 2, 1792. The coins not only represent the initial issue authorized by the Constitution, but they are also some of the most important keepsakes from the earliest days of the fledgling United States.


A second outstanding 18th century coin is the 1793 Wreath cent with Vine and Bars edge, graded MS65 Brown by PCGS. While the S-9 variety is not especially rare, this coin's outstanding condition leaves it in the middle of the Condition census for the variety and as such a prime target for both type collectors and large cent specialists.


A selection of Stellas, or four dollar gold pieces, highlights the offerings from the 19th century. The 1880 varieties, the Coiled Hair and the Flowing Hair, would highlight any auction in which they appear; 1880 is a far rarer date than the 1879, and the 1880 Coiled Hair in particular is the rarest Stella issue. This auction features examples of both 1880 issues, each graded Proof-65. The more common 1879 Flowing Hair Stella is still a great prize for any collection, and we are privileged enough to offer two in this auction — an NGC-certified Proof-64 example and a relatively affordable example certified by PCGS as Genuine with Very Fine 20 details.


The 1933 eagle, a great melt rarity, highlights the offerings from the 20th century. Only a few escaped the mint before circulating gold coinage was halted in 1933, and examples, when available at all, command very high prices. Our Long Beach offering has been graded MS65 by PCGS.

Just a few of the other highlights of this auction include:

This auction is open for bidding now at HA.com/Coins.