This 28mm sterling silver medal was one of 450 flown aboard Apollo 11, the first manned moon landing, July 16-24, 1969, with crewmembers Neil Armstrong, Michael Collins, and Buzz Aldrin. 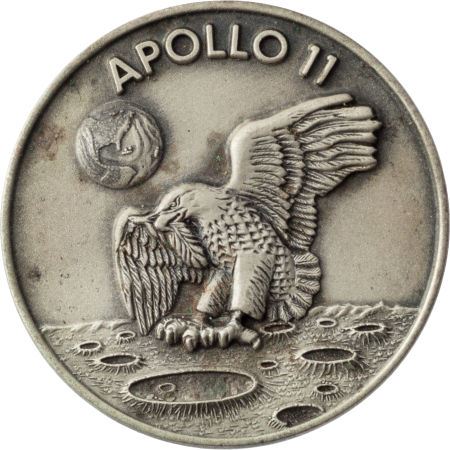 The obverse depicts Collins' early and original concept for the mission insignia with the eagle carrying an olive branch in its mouth. NASA thought the sharp, open talons of the eagle looked too "warlike" and the olive branch, representing peace, was moved to the claws. This is one of, if not the only, major official item that renders the insignia as it was meant to be by the astronaut designer. 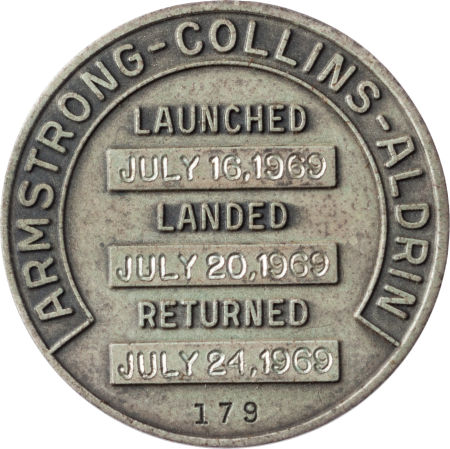 The reverse features the dates of the mission, surnames of the crew, and the serial number. The original plastic Robbins case with numbered sticker on the bottom is included. Excellent.


"Robbins Medals are key to any serious collector," said Michael Riley, Senior Historian and Cataloger at Heritage Auctions, "and the deep grouping of examples in this auction brought them out in significant numbers. Any time you can get a space flown Robbins tied to an astronaut, let alone to Apollo XI, the most famous mission of them all, it's bound to bring a very strong price."


Included with this lot is a Letter of Authenticity signed by Jack Swigert's sister, Virginia Swigert, certifying "that this Apollo 11 Robbins medal flown-- serial number 179-- was personally owned by Jack Swigert" and that it comes directly from his estate.