lunaticg 8:55:00 AM
An Extremely Rare Proof 1859 Quarter Eagle with the New Reverse will be offered by Stack’s Bowers Galleries in ANA World’s Fair of Money to be held in Rosemont, Illinois in August of this year. The gold coin from the Rubin Family Collection is graded Proof-65 Deep Cameo by PCGS, and is pedigreed to the famous and historic Amon G. Carter, Jr. Collection. 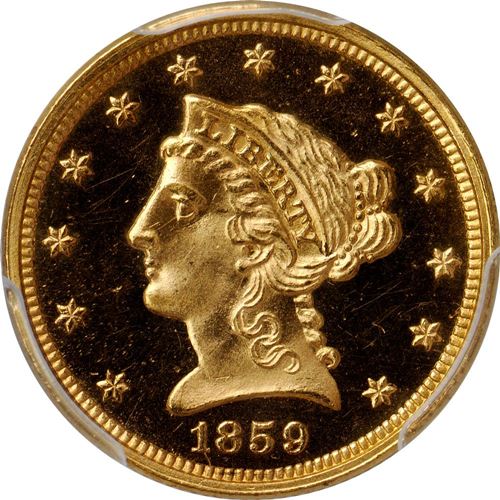 In 1859, the reverse hub for the quarter eagle was altered, making the letters and arrowheads smaller in size and more widely spaced than on the original hub design in use from 1840-1859 (and occasionally in 1860 and 1861 as well). The Guide Book lists a Proof mintage of 80 pieces for the date, and researchers have enumerated perhaps as many as 14 examples; the majority of these are of the Old Reverse hub style. Jeff Garrett and Ron Guth in their Encyclopedia of U.S. Gold Coins, explain: “Nearly all of the Proof 1859 quarter eagles were struck with the old Reverse Style. The Byron Reed example was struck with the New Reverse and is possibly unique.” 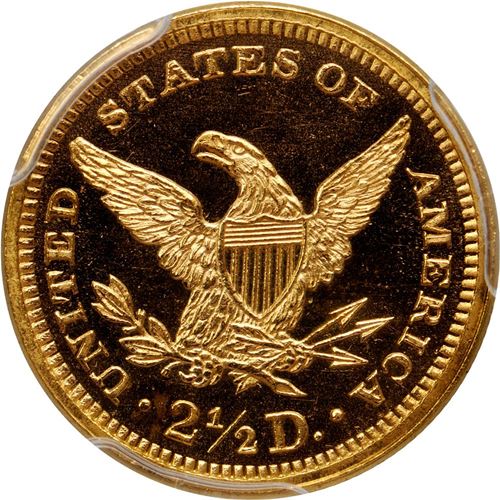 The New Reverse on Amon Carter’s 1859 Proof $2.50 was unheralded when his coin was sold by Stack’s at auction in January 1984. It was simply described as “Brilliant Proof…A choice example,” explaining why it was overlooked by researchers Garrett and Guth in their reference. The confirmation of the Carter coin as having the New Reverse adds it to the Reed coin mentioned above and the piece impounded in the collection of the American Numismatic Society, bringing the total known of this extremely rare reverse type to just three examples.


As the finest of only two collectible examples, this coin will create quite the stir among Proof gold specialists. Andrew Bowers, who worked with the Rubin family stated, “When this and the other coins were presented to us for appraisal and consignment, I was excited to see this important rarity. Working with Vicken Yegparian, we identified the Amon Carter coin as having the rarer New Reverse type, and upon its return from PCGS, it was confirmed to be the finer of the two collectible examples.”

Other gold coin highlights from the Rubin Family Collection include:


“Many of the coins in the Rubin Family Collection were acquired over the years from Stack’s, both at auction and privately,” explains Vicken Yegparian, Vice President of Numismatics, who also worked with the family to bring these coins to auction. “It is always nice to see collections ‘come home’ when it is time for them to be sold, and these coins will be excellent highlights for our upcoming ANA sale.”