lunaticg 5:42:00 AM
A 1968 Roosevelt Dime missing Mint mark (No S) sold for $31,103 with Buyer's Fee in The Cigarra Collection of U.S. coins missing Mint marks offered by GreatCollections Coin Auctions on 5th April 2015. 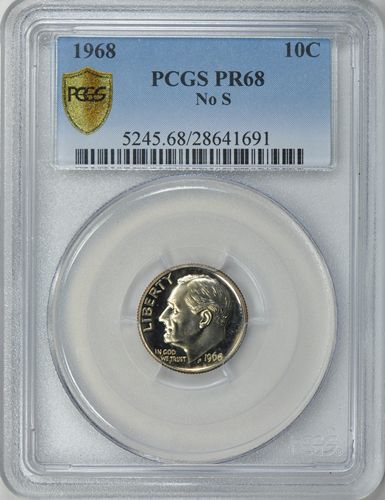 The 1968 No S Roosevelt dime in the Cigarra Collection is graded Proof 68 by Professional Coin Grading Service, the coin is considered the rarest of the collectible variants. Based on the surviving population of fewer than two dozen coins, numismatic researchers believe San Francisco Mint production employees discovered the mistake early in the production.


Other missing Mint marks coins offered in the The Cigarra Collection includes Proof 1990 No S Lincoln cent sold for $5,144.70 with Buyer's Fee. 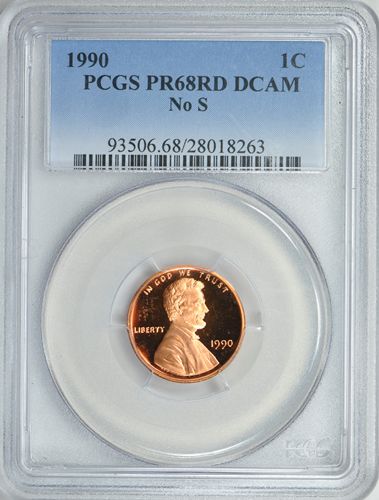 Proof 1990 No S Roosevelt dimes were discovered in both the annual Proof sets and Prestige Proof sets of 1990, with the Prestige set containing a Proof 1990-P Eisenhower Centennial commemorative silver dollar.


U.S. Mint officials acknowledged that approximately 3,700 of the 1990 No S Lincoln cents were struck, with 145 examples destroyed before they were shipped from the Mint. Researchers believe fewer than 3,555 Proof and Prestige Proof sets actually left the San Francisco Mint, since fewer than 250 examples have been reported extant thus far.


The cause of the missing Mint mark errors is the same — the dies used for striking each coin did not have the appropriate S Mint mark from the San Francisco Assay Office added. During this time frame, the dies for the coins would have been prepared in the die shop at the Philadelphia Mint, including having the S Mint mark applied, before being shipped to the San Francisco facility. In each case, either a Mint mark was not added in error or a die intended to be used for circulation production at the Philadelphia Mint was shipped in error to the San Francisco Assay Office, where it was given Proof surfaces.


Mint marks were added to all U.S. coins in 1980 except for Lincoln cents struck at the Philadelphia Mint. Mint officials announced in 1984 that the following year, all Mint marks would be placed on Proof coinage on the master die instead of the working die.


Beginning in 1990, the Mint marks were placed on the master die for the cents and 5-cent coins, with the dimes, quarter dollars and half dollars undergoing the same transformation in 1991.