lunaticg 7:31:00 AM
A 1925 Straits Settlements 50 dollars offered in Collectibles Auction Asia, Coins & Banknotes Auction 5/2015 on April 18 held at landmark Village Hotel, Singapore. The scarce banknote is graded VF25 by PMG and expected to sell for SG$20,000. 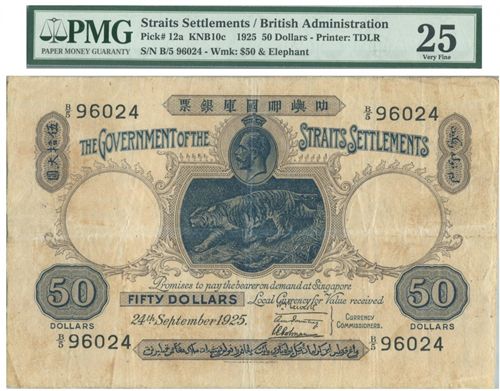 The 1925 Straits Settlements 50 dollars banknote (lot 709) show portrait of King George V and Crown on top centre and a moving tiger below. Elephant watermark on both sides. The uniface banknote (banknote with printing on one side only) is engraved and printed by Thomas De La Rue & Co., London. 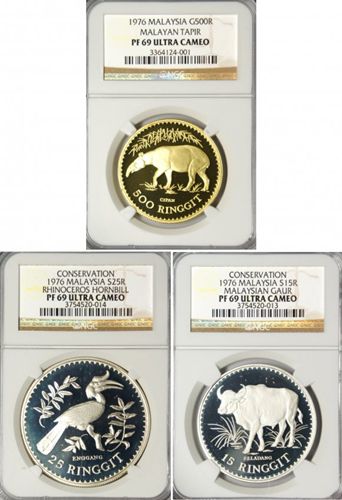 A Buyer's premium of 15% will be added to hammer price for each lot to all succesful bids. Lots sold though "liveauctioneers.com" are subjected to an additional 3% Buyer's Premium (18% in total). All Shipping, handling and insurance charges will be paid by Buyer.