lunaticg 7:10:00 AM
A circulating to collectable coins by the Royal Australian Mint from as early as 1984 will be made available for the public to own through an official auction held by Downies Australian Coin Auctions in Melbourne from 26 to 28 May 2015.


The sale will be held at the Box Hill Town Hall in Melbourne’s East. The auction catalogue is due for release in early May 2015. 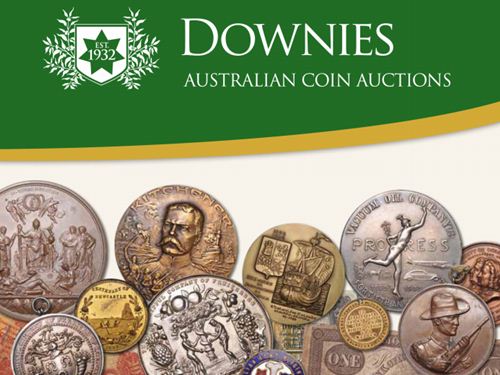 In its 50th year, the Royal Australian Mint has re-evaluated its inventory policy and adopted a leaner approach to the retention of equipment and inventory after the production run is completed.


Mint CEO Ross MacDiarmid said a regular review and audit of processes is vital to ensure items are not retained unnecessarily.


“In the same way that we reviewed our circulating coin supply stock a number of years ago, we’ve also done the same with our production process,” said Mr MacDiarmid.


“The coins that we are making available to the public are the production standard that our quality and production teams have used to ensure a high standard was maintained and in many cases exceeded across the entirety of production run for a particular coin.”


“In effect, these coins are absolutely unique and were produced outside the official mintage of each release. They were not produced for sale, rather they were produced as a quality standard to inform the level of production. They are the greatest amongst their equals.”


“Importantly, in our 50th year, it is the ideal time to make these special items available to those who will most value them. We anticipate that collectors will welcome the chance to take home some truly unique Australian coins.”


Downies Australian Coin Auctions, Australia’s oldest and most respected numismatic auction house based in Melbourne, will be hosting the auction.


Downies’ Managing Director Ken Downie said that they have never held an auction like this before and welcomes the opportunity.


“We look forward to working with the Royal Australian Mint in hosting such an historic event, one which showcases some truly unique pieces that will be of great interest to collectors of Australian numismatics,” said Mr Downie.


Each coin offered in the auction will be accompanied by a personally signed Certificate of Authenticity by Ross MacDiarmid. In addition, an online register of each coin sold including a photo will be maintained on both the Royal Australian Mint and Downies websites.

2015 Downies Australian Coin Auction lunaticg 2015-03-18T07:10:00-07:00 A circulating to collectable coins by the Royal Australian Mint from as early as 1984 will be made available for the public to own through ...
Australia
Coin
News