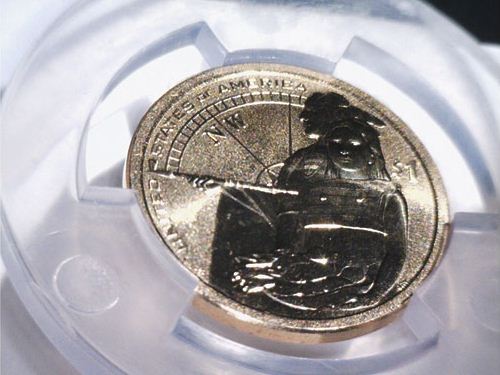 
"Since each coin has to be reviewed by the grading services as they are being graded (to determine whether the lettering is inverted or not), a large number of these have already been checked by default – it’s likely going to be the rarest of all of the Missing Edge Lettering modern dollars" said Ian Russell, President/founder of GreatCollections. 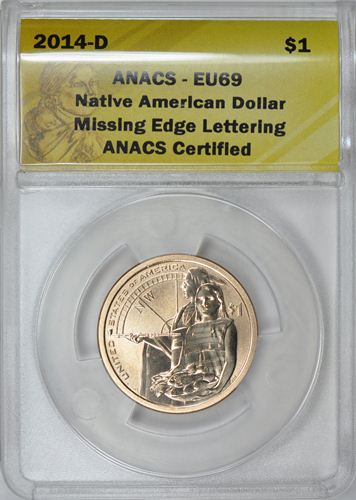 According to a report by Coinworld.com, Bernie Neumark, chairman of First Commemorative Mint Inc. in Farmingdale, N.Y., confirmed Jan. 29 to Coin World that the firm had consigned the Missing Edge Lettering Native American dollar to the GreatCollections sale. Neumark said the coin was found in one of 5,000 Mint-issued sets that First Commemorative shipped to ANACS for grading and encapsulation for eventual resale on the Home Shopping Network.