lunaticg 7:09:00 AM
A 1849 $5 Oregon Exchange Co. Five Dollar VF25 PCGS will be offered in Heritage Auction February 26 - March 1 PNG Dallas Invitational US Coins Signature Auction. Most collectors only dream of owning the territorial gold issue. Not necessarily because of the strong prices associated with Oregon Exchange Company half eagles, but simply due to the limited extant population. 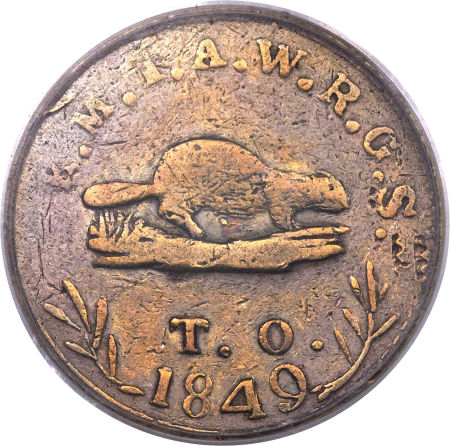 The 1849 Oregon Five Dollar is known as Beaver money because of the image of a beaver on the obverse side of each coin. The first coins were probably issued in late March 1849, soon after the Oregon Exchange Company was formed, but there is no conclusive evidence of an actual date. 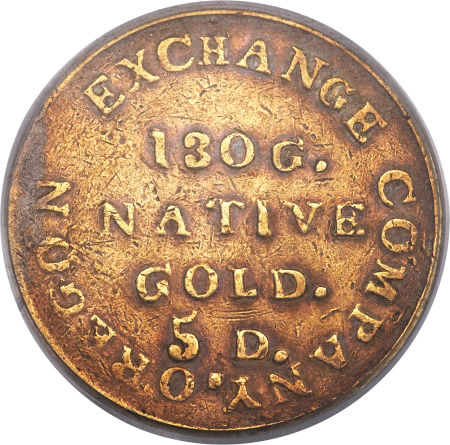 It is believed that less than 50 examples have survived the original mintage of 6,000 pieces. A review of the NGC Census Report and the PCGS Population Report support the claim, as a combined total of only 49 1849 Oregon fives have been certified as of January 2015, a figure that most certainly includes a few resubmissions.


This example clearly circulated, as evidenced by the VF25 grade assigned by PCGS, which adds to its historical significance and charm. The few abrasions observed on either side are commensurate with the assigned grade and two milling marks near the obverse rim at 3 o'clock. The obverse patina is an even dark tan hue, whereas the reverse tone is a significantly lighter orange-gold color. A pleasant example of this highly challenging issue.


This collection and the rest of the Dallas Invitational PNG US Coins Signature Auction are open for bidding now at HA.com/Coins.